Ordering Geofoam? Know What You’re Getting Many architects, structural engineers, and industrial contractors know, there is more than one grade of geofoam. Know what you’re getting when you are ordering geofoam; it should be marked and validated by the provider lest a catastrophe occur. There are numerous densities and expanded vs extruded types as well.

The steady rise in the use of Geofoam is not only in North America but all across the globe. The original use began in Norway in the early 1970s. The U.S. market first experienced it in 1989 (I guess we were slow adopters. Geofoam is in use in Canada, much of Europe, India, and throughout Asia.

When an unmarked block of geofoam gets delivered to a construction site for the underground utility stabilization from vertical pressures placed on pipes, there should be serious concerns. So much so that when two radically different densities of geofoam are placed side-by-side, no one could visually identify which was which. Seeing is one thing – touching them won’t provide any clues either, as the densities of geofoam are identical visually and in hand-feel, so much so that even industry experts often cannot tell them apart.

Just as critical an error would be if the wrong density of EPS foam were used to prevent landslides like the one pictured above. There are a right weight and a wrong weight for every purpose; it is crucial to ensure you are getting the geofoam product for which the intended project and outcome.

Using sub-standard geofoam for construction engineering might end up with significant failure and catastrophe could be imminent. Because of the different densities, structural engineers must verify the specific grade of geofoam needed when they are detailing their materials list.

Here’s a sample chart of the differences: As you will note, expanded polystyrene (EPS) and extruded polystyrene (XPS) geofoam are both types of geofoam. The density markers express different compressive strength and density.

One of the most frequently needed projects for geofoam’s capabilities is retaining wall stabilization, as pictured below.

Here at Poly Molding, our geofoam is made with the strictest quality assurance standards, adhering to the ASTM specifications for each density and compressive strength. When you purchase geofoam through Poly Molding, be assured that each piece of geofoam is inspected, marked and inventoried according to industry standards. We are the manufacturer, and our plant identification number and ASTM identifier are present on every piece of geofoam that comes from our plant, and the E-rating is always displayed.

There are many reasons for using geofoam to achieve structural capacity, from embankment support to foundational support in loose filler, and especially lateral and load-bearing projects. However, there are some circumstances where we don’t recommend the use of geofoam, as it is susceptible to petroleum products that break down the product over time.

As mentioned in other articles, we’ve even used geofoam for stadium seating under-support and the base of some large bridges. Indeed, the uses for geofoam are far and wide, from airport runway foundation and railway beds to artisan sculpture and more. It’s lightweight to the point that two men can carry a full block in construction areas. An eleven square foot block weighs approximately 100 pounds. One other “condition”; in various parts of the world where termites are present, placing geofoam directly on the ground requires a special, “termite resistant” certification.Wherever you elect to purchase geofoam, make sure that the vendor and manufacturer perform regular testing on its versions of the product and carries all of the appropriate tagging. As you can see, we pride ourselves on the great number of projects we have been a part of in the tri-state area and stand by our product without hesitation. 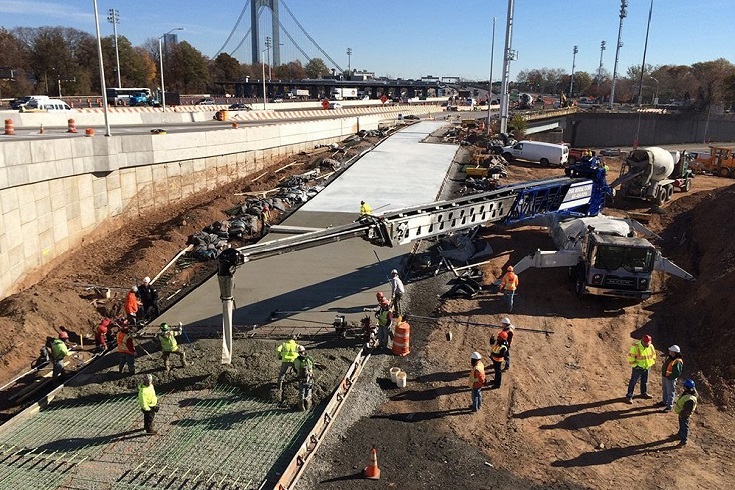 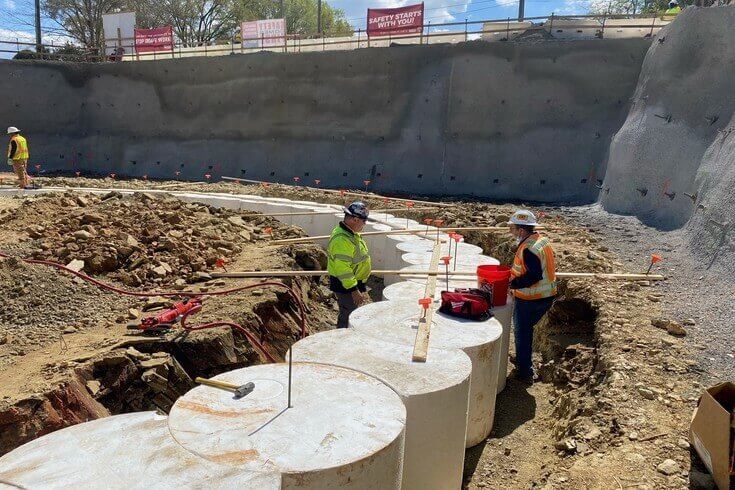